﻿ Letter or Spirit of the Rules?
Astrology

Letter or Spirit of the Rules? 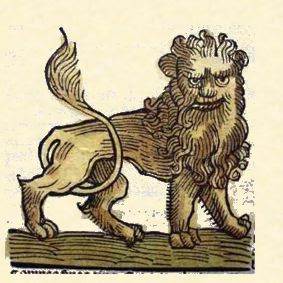 I had a question recently about a reference in Picatrix to only making certain talismans at night or during the day and what to do about this rule.

Really it comes down to whether we follow the letter of the rules or the spirit. But watch out, are we sure we know what the spirit really is?

There's a whole lot of different rules for electing talismans, just like there are many rules for elections in general. Typically our traditional sources relied on many other different earlier sources and just lay out all possible rules, without mentioning what is most important or trying to resolve any discrepancies. One of the nice things about Ramesey in Astrology Restored/Astrologia Restaurata is that he will list off a bunch of rules and then say, "well if you can't get all that, just do x, y or z"

The reality is that we can only elect about 3-5 astrological factors, so we have to pick a few that we (and hopefully our traditional sources) find most important. The day/night rule reminds me a lot of the Moon phase rule, ie Moon must be in appropriate phase, usually waxing. Now clearly day and night are pretty obvious as is the Moon phase, so these are easy rules for non-astrologers or beginning astrologers to follow. An immediate practical problem ensues, however, with both of these rules: right off the bat you lose 1/2 of the total times available for elections. So if you decide that day/night or Moon phase is the ultimate, most significant factor for all elections, and certainly there are some traditional sources that insist on this, you make your life as an electional astrologer or astrological magician very, very difficult.

Now if I am making a regular Moon talisman, or Lunar Mansion talisman or even a fixed star talisman, since fixed star talismans are essentially Moon aspecting the fixed star, I do make sure the Moon phase is appropriate. For any other planetary talisman, no, I don't think the Moon phase is so important that I will sacrifice getting the planet itself in a strong position as opposed to worrying about the Moon. I do compromise a bit here and I do get the Moon unafflicted, ie not combust, in detriment, fall, making nasty applying aspects, etc.

Now this gets into another issue. For the longest time, I've been insistent on looking at traditional (ie pre 1700) sources. This is because we all start out as either conscious or unconscious atheist-materialists and our view of reality in general and astrology and magic in particular, is very different from our medieval and Renaissance predecessors. Our "natural" reaction to almost any facet of magic or astrology is quite different from traditional astrologers and astrological magicians.

However, the next stage is a slavish and total devotion to every jot and tittle of a traditional source. No deviation is permitted and no source may be questioned. This is going too far in the other direction! Consider that traditional sources are often contradictory, what do you do then? If you are grounded in the tradition as a whole, you can find an authentic way to resolve or even disregard the contradiction.

Further, I don't think that magic or astrology have or need to "evolve", in other words what ever does not accord with 21st century sensibilities gets changed. On the other hand, there's a point at which a master doesn't need to look at the books anymore to know how to do the work. Of course, it's tempting to think one has mastered magic or astrology after a few charts, invocations or talismans, which is not possible.

So when I deviate from a particular source, I've got a reason for it, both practical and traditional. Ultimately while I might not follow an individual thread, I am certainly very much within the overall tapestry of the tradition.


- Astrological Magic Without Astrology?
Astrology, alchemy and magic are called the Hermetic Arts because they are under the patronage of Hermes Trismegistus, the Thrice Great Hermes. Hermes Trismegistus is a liminal figure, literally threshold, but also relating to doors, boundaries and...

- Natal Is Not Horary Is Not Astrological Magic
One of the things that is hard, even for experienced traditional astrologers to recognize, is that different areas of astrology apply significantly different rules and methodologies. I have seen traditional natal astrologers denigrate horary as simplistic,...