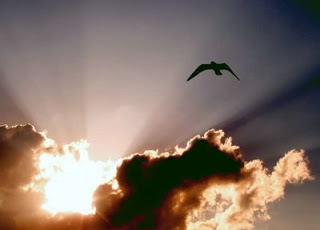 Are your ?friends? the kind of people who support your goals, your values, and see you for who you really are? Or are they people who have ?just happened to you? along the way? With the South Node in the 11th house, there?s a chance that you need to move up an octave in choosing friends who support you and your dreams, and also a need to leave behind peer pressure in any of its forms. It?s important for you to become clear on who you are and who you want to spend your time with?move away from the crowds or groups that simply fill your time, and find a few ?heart-mates? instead of acquaintances, and look for the community or place where you really belong. Look around a bit, so that you can sit at the right ?camp-fire.?

With this South Node you?ll want to move away from the lower expression of Aquarian qualities: being emotionally aloof and detached, avoiding confrontation and intimacy, and having a tendency to think you always need more knowledge before taking action. Instead, it?s time to take more risks, to reach for center stage, and to develop one?s confidence---even if it means allowing your childlike qualities to come out more, and for you to be more of a ?character.?

Your fifth house North Node here wants to have more fun, and to see life as a game worth playing. It can bring out your entrepreneurial and artistic side as well. This Nodal axis wants to get personal?to risk the love affair, to have a child, to express itself creatively. It doesn?t need to get philosophical and talk about saving humanity---how about just one child at a time? And maybe that child could just be your inner child that?s been neglected for awhile.

In past lives you might have been living on the sidelines watching others interact. You could have done great things as a scientist, an eccentric genius, a humanitarian?.one who gave selflessly. Now it?s time to ?give to the giver? and to feel the flow of love in and out of your heart. You?ve earned it.
(c) elizabeth spring For more information: www.elizabethspring.com


- Karma And Free Will
Understanding Karma and Free Will through the Astrological South Node Karma is about the law of cause and effect and reaping the consequences of what we have sown. It?s also simply ?habit? and all the default, comfortable, knee-jerk patterns in our lives....

- Moon's Node Reversal
At the time when the moon?s nodes are reversed, issues around life direction and soul purpose are up for examination and decision-making. It?s a time that holds great potential for crisis and transformation, and no matter what we do externally, on an...