Integration of scientist and spy

According to dynamical systems theory, all centaurs are chaotic, but (7066) Nessus has one of the lowest Lyapunov exponent, because Saturn and the Kuiper belt are both limit cycle attractors, and the differences are only between the personal-material and the transpersonal-spiritual dimensions.

By the time of the discovery of (7066) Nessus, a few years after the end of the cold war (1990-1991), began a collaboration project between scientists (Saturn) and spies (Kuiper belt), as the military satellites began to be used partially for scientific purposes [MEDEA, Measurements of Earth Data for Environmental Analysis], like studying nature and ecosystems. They are antagonistic, because science requires the publication of the sources for replication of the investigation, something not allowed by the clandestinely of spies. At that time, also started the TV series "X-Files" (1992), where Fox Malder and Dana Scully, from the scientific police, are the investigators of the X-Files (unsolved cases, usually involving paranormal phenomena) and many times they come to meet with the CIA matters.

(7066) Nessus also bring about a collaboration of astrónomers and astrologers in the official naming of astronomical centaurs. (7066) Nessus was the first centaur to be named this way. ("The Naming", Zane B. Stein)

(7066) Nessus combines the 'high artificial intelligence' of the Kuiper belt with the 'physical intelligence' of Saturn. This combination is typical of activities were physical action requires complex thinking processes, especially the strategic teamwork coordination, like the cyborg Motoko Kusanagui as the especial forces in the movie "Ghost in the Shell" (1995). 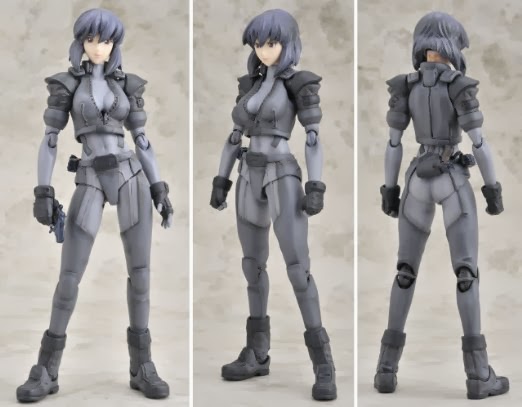 (7066) Nessus' drastic actions are performed with firmness, like the crushing crystal in the movie "Perdita Durango" (1997).

- (5145) Pholus, Safety Approach To The Mytery, The Unconscious And The Paranormal
"The Force is what gives a Jedi his power. It's an energy field created by all living things. It surrounds us, penetrates us, and binds the galaxy together." (Obi-Wan Kenobi, 1977) (5145) Pholus is a centaur discovered in January of 1992 and...