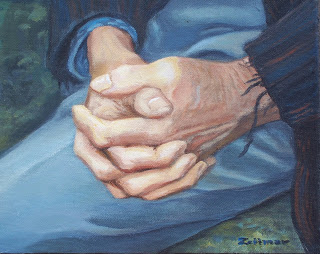 "Astrology represents the summation of all the psychological knowledge of antiquity." C.G. Jung
"We often believe our true Self is housed in our personal myth--in the story of our lives. I think that's a mistake; especially when we take our personal dramas literally. I believe that we're larger than the "story of our life" and Carl Jung believed that too. He delved into the personal and collective unconscious and found that we are richer and deeper than we know. He understood that we are not as small as our life stories might suggest, and yet I believe it is an amusing truth that we are also never quite as real or large as advertised." ~elizabeth spring
Jung believed that we get to know ourselves and heal our Souls through rediscovery and connection with the archetypal world, and that we interact with this world through symbols. According to Jung, our Soul speaks to us in this language of images through dreams and through archetypal symbols. Astrological planets are archetypal symbols, and our birth charts are a unique ?map of our Soul? that can illuminate the relationship between our conscious and unconscious mind.
By understanding the symbals in our unconscious through dreams or through the planetary archetypes in our birthchart, we can take steps to break free of our more compulsive, repetitive, or ?default? patterns of behavior. Astrologers believe that individual unconscious patterns are left as an ?imprint? that can be read on the birth chart?as Jung said: ?The individual disposition is already a factor in childhood; it is innate, and not acquired in the course of a life.? Astrologers believe this disposition is reflected in the planetary symbols that synchronize the moment of your birth with the heavens above. My teacher, Alice Howell, used to remind us that: "To think symbolically is a key to wisdom."
Carl Jung?s image in our psyche today often resonates with the archetype of the ?wise elder man.? He points us in certain directions---as if to say: ?Look to the mandala, look to alchemy, look to your dreams, look to the images in your unconscious and in the collective unconscious, look to astrology.? Jung was not a perfect man or teacher, he was a product of his time and culture, yet he was wise enough to say: ?Where love rules, there is no will to power, and where power predominates, love is lacking. The one is the shadow of the other.? (From: On the Psychology of the Unconscious)
Carl Jung and Sigmund Freud were psychiatrists and theorists who were ambitious men. Freud counseled Jung not to delve into the astrological world view as it could destroy his reputation as a reputable and scientific scholar, yet he did it anyway. (Ira Progoff in America also warned Jung in a letter that Americans would not take him seriously if he delved into the taboo astrological world. And although Jung was not one to be told what to do, we could speculate that he chose to focus more on astrology?s younger sister, ?alchemy? in order not to be tarnished by astrology?s bad reputation at the time as a fortune telling craft.) Jung and Freud eventually parted ways because of their many differences in opinions.
So did Jung believe in astrology and use it? The answer is yes, as we see here in Jung?s own words from a letter that he wrote to the Hindu astrologer, B.V. Raman on the 6th of September of 1947. Jung wrote:
"Since you want to know my opinion about astrology I can tell you that I've been interested in this particular activity of the human mind since more than 30 years. As I am a psychologist, I am chiefly interested in the particular light the horoscope sheds on certain complications in the character. In cases of difficult psychological diagnosis I usually get a horoscope in order to have a further point of view from an entirely different angle. I must say that I very often found that the astrological data elucidated certain points which I otherwise would have been unable to understand. From such experiences I formed the opinion that astrology is of particular interest to the psychologist, since it contains a sort of psychological experience which we call 'projected' - this means that we find the psychological facts as it were in the constellations."
The kind of astrology I practice is archetypal and evolutionary. I believe Jungian psychology is a rich foundation upon which to draw inspiration and knowledge, and Jung himself was a powerful yet invisible mentor in my life. I also draw from the ?evolutionary? school of astrology with my background in Theosophy and as an apprentice to Steven Forrest?s School of Evolutionary Astrology. This evolutionary overlay on the Jungian base allows me to look at the possibilities of reincarnation and karma, and to construct a parable or myth about the past life lessons and experiences as shown on the birth chart now.
Because the re-incarnational parable is not fact-based but instead is a largely unconscious emotional memory, I look to the nature and arrangement of the planetary archetypes to read it and detect what the Soul in this life is trying to learn and experience. Usually, we repeat the same karmic patterns until we become conscious of these invisible energy patterns and choose to not to repeat them.
I believe that our life direction and soul purpose is to ?heal oneself? and that we do this by ?knowing? and ?remembering? our Self on a very deep level. This is the work of a lifetime, and I do not believe we are fated to endlessly repeat old patterns, nor are we bound by any predestined hand of God. But we do come into this life with the mixture of past life karma, free will, and the spiritual curiosity to experience both joy and love, struggle and pain. It?s a mixed blessing for sure. ~ Elizabeth Spring © 2008 www.elizabethspring.com
Artwork: Kerstin Zettmar (inquire for more info on her artwork)


- Workshop On Neptune--boston Jung Institute, March 13th
"Neptune: Planetary Archetype of Mirage, Mysticism, and Madness" When Jung wrote to Bill W. about ?Spiritus Contra Spiritum? he was writing, in part, about the archetype of Neptune. Oceanic Neptune reflects the yearning for Spirit, inspires great...

- Jupiter Goes Direct; Jung's Red Book Arrives
How does one approach a holy book? Carl Jung's "Red Book" arrived today, and I feel grateful and "graced" to have it here, in my study, on the day that Jupiter has gone direct. Here's Jung's opening: "The years, of which I have...

- Radio Interview About "the Red Book"
This 30 minute radio interview on Jung's Red Book is excellent. Carl Jung had a ferocious dedication to his inner life, and we all benefit from his courageous journey into this world. Alchemy and astrology and art, (especially mandalas)...