Jupiter in Cancer is considered to be a really wonderful position for the planet Jupiter, which represents the ways in which we can grow and the belief system we can create for ourselves in this lifetime. Jupiter?s an outer planet and I believe that the outer planets more so determine our path and our attunement to the greater good and forces bigger than ourselves. The inner planets have more to do with personality, even though they are usually influenced by aspects from the outer planets. So, with Jupiter, the path we can go down is one of abundance and knowledge.
So, what happens when Jupiter in Cancer? The knowledge takes place on a deeply intuitive level. One of the reasons why this position might be considered beneficial is because of the good fortune that comes from following one?s intuition. When we?re being intuitive, we ?just know? things. So, people with a Cancer Jupiter tend to experience a much more gut-felt knowledge; an inherent wisdom, if you will. And they grow as people once they learn to completely trust their instincts, believing that the answers they?re searching for are already deep down inside of them.
This is a placement that symbolizes emotional generosity, as Jupiter doesn?t know limitations. So, since Cancer is the sign of emotional responses, people with Jupiter in this sign can learn to give their feelings very freely. Self-protective barriers and defenses are destined to come down with Jupiter in Cancer individuals, to the point of them becoming very unguarded and emotionally open. I do think that we grow into our Jupiter, since it?s the planet of expansion. Therefore, people with this placement are learning the spiritual wisdom of freeing themselves from any emotional walls (usually those represented by their Moon sign, as Cancer is ruled by the Moon). They have to learn to believe in the warmth of others and that people out there will genuinely care for them.
For those with this position, the idea of over-protecting yourself from other people can become null and void, as they are building a belief system that we are all emotionally connected. Getting hurt is something that can be easily bounced back from with this placement. Empathy, compassion, and nurturing responses are emphasized here, as they will become guided through life by their basic humanity. Therefore, any fellow human being is seen as someone to be cared for to a Jupiter in Cancer person, whether or not they actually are familiar with them. This placement is about expanding the idea of family, not limiting themselves to their biological brethren or old friends. Families can be created anywhere and everywhere for Cancer Jupiter people. If they happen to come from a particularly dysfunctional family, this can be a very enlightening idea, allowing them to free themselves from their old, limiting background. But, if their family life was safe, warm, and healthy, then they find it enlightening to be able to create this atmosphere wherever they go. 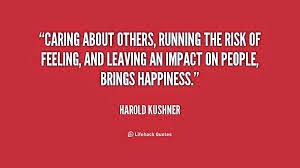 Their nurturing attitude is what makes them lucky, as they can be so freely, amazingly supportive of other people that they gain that same sort of supportive response back from the world tenfold. Therefore, Jupiter in Cancer can find boundless comfort, welcomed and loved almost anywhere. The house where Jupiter is and its aspects will show just where and how the person can be caring. Becoming a parent is also something that can bring good fortune, as it provides these people with a constant opportunity to care for someone else. Being a mom or dad, of course, is a non-stop job. So, parenthood can be another way to experience abundance for Jupiter in Cancer people. It gives them the chance to just give and give emotionally to their children. Jupiter represents yearnings and aspirations that push us toward new experiences. So, with Jupiter in the sign of Cancer, a person usually has a huge yearning to be a parent, always hoping for the day to come.
The Moon sign is usually made bigger and more vivid with the Jupiter in Cancer placement in the birth chart, especially if Jupiter is also in aspect to the person?s Moon. Cancer Jupiter is about the expansion of emotion, after all, so it makes sense that the Moon is always going to be affected here. Therefore, you can count on the responses of this person?s Moon sign to be very obvious, maybe even in a larger-than-life sense. This is the potential drawback of this placement, as Jupiter represents excesses. So, there can be emotional excesses here, to the point of the person becoming totally irrational and over-the-top with their feelings. Their reactions might completely spin out of control or guide their choices a bit too much. It?s necessary, then, for Jupiter in Cancer to realize when it?ll pay off to take the risk of fully reacting and when a touch of logic wouldn?t hurt.
But, situations where they can completely react and express Cancer?s gift of imagination and emotional expression will pay off. That?s why you can find many highly talented actors, singers, writers and other artistic souls with Jupiter in Cancer, including the likes of Kurt Cobain, Jimi Hendrix, Denzel Washington, Frida Kahlo, Jennifer Lawrence, and James Dean, to only name a handful. These artists have all displayed an ability to express vivid emotion and to deeply connect with their audience by showing all of their vulnerabilities. There?s a total emotional accessibility in their work that stirs the souls of millions, showing Jupiter in Cancer?s potential for moving and affecting a limitless range of people.
Food is also going to be a big deal for Cancer Jupiter. These are big-time foodies who really love to eat, rarely, if ever, skipping a meal. In fact, over-eating or compulsive comfort eating might be something to watch for, too. As a result, they also often really love to cook, as well. So, many can find great luck and success in the culinary fields. Whatever provides comfort and understanding to others should be pursued, even if it just means simply being there for someone else. This is where that emotional generosity comes in. Unlike the inner planet Cancer placements, there isn?t likely to be much guilt-tripping from a Cancer Jupiter person whenever they give you a shoulder to cry on and let you vent your feelings. They are just there to give. But, they shouldn?t go overboard with this and should remind themselves to take care of themselves first, as well as not waste time on those who are too needy or draining. However, their free-flowing sympathy is a wonderful gift.

- Flowing With The Moon
I?ve always found the Moon sign totally fascinating, for a while to a degree that eclipsed my interest in the other planets in a person?s birth chart. Each personal planet plays an important role in the individual?s character, of course. But, the Moon...

- Moon-neptune Aspects: The Daydreamer
With your Moon sign conjunct, square, opposite, sextile, or trine Neptune, you are the epitome of the day dreamer. This is due to the fact both the Moon and Neptune are highly unconscious and intuitive planets. The combination of these two energies results...

- Moon In The 9th House
People with the Moon in the 9th House have an emotional need for adventure and discovery. There?s a feeling with this placement that life is an endless journey and they won?t be fulfilled unless they keep moving, keep conquering, and keep learning. The...

- Mars In Cancer
Primary Motivation: to give and receive emotional security How Things Get Done: through intuition and subtlety Temper Tantrum Style: crying infant Emotions have great sway over how a Mars in Cancer man or woman approaches their goals. It all really...