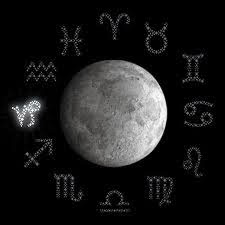 For a person with their Moon in Capricorn, emotion is not something that will be too freely expressed. They do have feelings, of course, although they might give off an impression of being cold. But, they just follow a certain protocol when it comes to expressing their emotions. They strictly believe in there being a time and a place for all of that. Therefore, they don't let those feelings gush out when they will prevent them from being efficient and capable. They also fear that their emotions will make them look bad and earn them judgment or disapproval from others.

Pursuing and collecting achievements is how Capricorn Moon flows through life. In most cases, these will be professional achievements of some kind, as those with this position typically have high ambition. However, the goals they are working toward can also be of a smaller, more personal scale. In any case, they always need to be striving toward something. When they're not, this is when their flow gets blocked and a negative energy emerges. Depression and low self-worth can come easily to them, especially when feeling like they're not applying themselves.

Because of this deep need to achieve and accomplish, Moon in Capricorn women and men usually put a large amount of their energy into their career fields. They tend to make excellent employees, as they are so comfortable with structure and duty. While other people can easily buckle or run off under the weight of a lot of responsibility, these people really feel at ease in positions of responsibility. It's almost as if they need to have a lot on their plates. They are usually great authority figures because of this, although quite stern and hardnosed with others at times.

Most people with a Capricorn Moon are not going to be overly effusive with their loved ones. They can behave with a certain formality in their intimate relationships that might leave more emotionally demonstrative people cold. However, this doesn't mean that they don't care. It's just that their care will be shown through their practical devotion and dutifulness to another person. It's almost as if they see caregiving as another job to be done and they will undertake the process of being by a loved one's side as such, with great commitment and dependability.

As they tend to be so traditional, having children is normally a primary part of Moon in Capricorn man or woman's life plan. They seek to provide their children with a very stable household, but can sometimes expect themselves to be well-oiled machines instead of human beings. Still, they are excellent at taking care of all the practicalities of the household and are very consistent caregivers. Their children might have all their material needs met, but may feel like they are emotionally neglected. This area is not always Capricorn Moon's strength and they can instill too much of a stiff-upper-lip value system. But, they do raise their kids to be efficient and prepare them for responsibility at an early age.


- Mars In Capricorn
Primary Motivation: to realize one?s ambitions How Things Get Done: through hard work and realism Temper Tantrum Style: parental lecture Mars in Capricorn men and women possess tremendous ambition. They often set higher goals than most people would even...

- Moon Signs
In astrology, our Moon sign dictates the way in which our feelings manifest, as well as how we handle and express them. When discussing the differences between the Sun sign, for example, and the Moon, we're talking about the self versus the emotions....

- Moon In Taurus
Taurus Moon males and females have a level-headed approach to handling their emotions. These people can experience strong feelings, yet they instinctively know how to get themselves back to a place of calm and centeredness. Emotionally charged situations...