I?ve come up with a little term for planets that are highly aspected. I like to call them ?versatile? planets. I would say that your planet is versatile if it has four or more aspects. This is going to make it very multifaceted in its expression, in a way that might really go against traditional interpretations of that placement, at certain times. 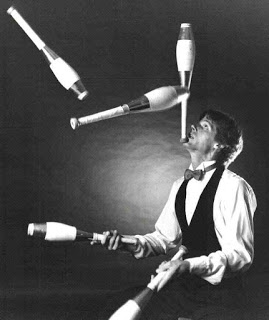 Each aspect gives a placement an ability. An aspect is like a talent that the placement has. This is a way that the planet can express itself. Different aspects give different talents and abilities. So, with a lot of aspects to that planet, it can express itself in a lot of different ways.
Let?s just take an example:
Moon in Pisces
Moon in the 2nd House
Moon conjunct Jupiter
Moon sextile Mars
Moon square Venus
Moon trine Pluto
Moon trine Midheaven
So, this person has a Pisces Moon, which makes us automatically think of the go-to descriptions: compassionate, forgiving, imaginative, emotionally deep, and often confused as hell. But, we?ve already got ourselves quite a contradiction here because their Moon is in the earthy 2nd House. This gives them the ability to really stabilize and ground the chaotic, overwhelming emotions of their Pisces Moon. They may be super-intuitive and empathic but they are also naturally level-headed (2nd House), with an ability to keep both feet planted on the ground. Their Moon in the 2nd will also cause them to really value (2nd House) their emotional life (Pisces). I would say that a 2nd House Pisces Moon would be very likely to indulge in a lot of movies, television, and music. They?ll spend a lot of their money on artistic stuff but can still manage their resources well.
Now, let?s look at the aspects. This individual has five aspects to their Pisces Moon. So, it?s a versatile placement, to me. If you think this Moon in Pisces person is going to be all shy and retiring, think again. The Moon is conjunct Jupiter. So, they are going to express their feelings (Moon) in a very big (Jupiter) way. The sensitive Moon and larger-than-life Jupiter are naturally fused through the conjunction. Where does one end and the other begin? There is no line between them.
Moon conjunct Jupiter in Pisces is going to be very emotionally open and expressive, really spreading their feelings around. The intuitiveness of Pisces is heightened because they follow their instincts to a fault, as they deeply believe (Jupiter) that their intuition (Moon) is on the money. Moon sextile Mars gives a person an inner fighter?s spirit. Therefore, again, we probably won?t meet the stereotypically ineffectual Pisces type. Pisces Moon sextile Mars is going to have a naturally feisty, fiery side. Their instinct leans toward being assertive. But, they still have the Pisces compassion. So, you?ll probably see this person fighting a lot for the underdog, children, or people who are hurt. They might be sweet and gentle yet get very ferocious when you try to hurt someone else.
This can also be the Moon conjunct Jupiter?s doing, as the protective instincts here will be massive. Now, the Moon is square Venus, though. So, in spite of the dynamic, active side that Moon sextile Mars gives them, there are issues with being too indulgent and lazy. Squares and oppositions are not effortless talents. They require plenty of hard work. Therefore, this Pisces Moon will probably be very artistic but will need to consistently work on not allowing themselves to get lazily lost in the world that they create, either. Since the Moon is in the 2nd House, this is even more necessary.
As much of a spitfire as this person might be, due to the sextile from Mars, the square from Venus will give them a very kind, thoughtful side; sometimes a bit too nice! But, people will benefit from their considerate nature. Their Moon is trine Pluto and the Midheaven. With the Moon trine Pluto, expect this Pisces Moon to be very emotionally intense. This is a Moon sign that feels very deeply but Pluto will make those feelings especially powerful. The intuition is sharpened and there is added focus and enormous strength. Again, this is no weak-willed Pisces Moon and this person would probably laugh at such a description. They?re fierce and driven and should not be underestimated.
This combination will be highly emotional and very strong. The Moon?s trine to the Midheaven shows that they will be a very responsive, nurturing individual in their public sphere. They want to emotionally affect the world, in some way, which they can do through their career. People in their community will know them as being very caring, sensitive, and intuitive but probably also quite mysterious. Pluto would be conjunct the Midheaven, so they?d be seen as a formidable person; a fierce protector for the world. Jupiter would also be trine the Midheaven, allowing them to make a huge splash in the world and to find success through sticking to their beliefs. With Jupiter conjunct Moon, this belief is following their gut. So, their intuition is lucrative!
So, if you have a versatile planet, like this one, know that there are a lot of things this planet can do. Don?t just look up the simple interpretation of that placement and stick to that. As you can see, if this person just stuck to the traditional Pisces Moon profile, they?d be ignoring other important and very different parts of this influence. With a versatile planet, know that the placement is being expressed in a lot of different ways. In fact, identifying more so with all of the combined aspects of that placement instead of just the sign might be a better way to understand it. Know that you cannot pin a versatile planet down! It?s many different things rolled into one.


- Synastry-mars-trine Or Sextile
Mars Trine or Sextile your Partners Sun You are energetically very similar and you will find this a huge benefit to your relationship. You will miss much of the fuss that other couples have about one wanting to do something and the other not feeling...

- Juno In Synastry
Source: http://starscopestoday.wordpress.com/2012/11/09/juno-in-synastry/ In Astrology, Juno represents the ?good wife?. According to the myth, Juno was Jupiter?s wife. He cheated on her, yet she still stayed with him, and fulfilled her traditional duties....

- Planets In The 7th House: The Moon
The second to last planet in my Planets in the 7th House series is the Moon. I?ve already done an article on the Moon in the 7th House but this one will be going more in-depth into this placement. The Moon is a changeable, responsive planet, all dependent...