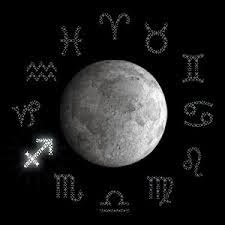 Sagittarius Moon experiences their emotions in a big way. Feelings can flare up quickly and they are likely to be unfiltered in their emotional expressions. It's not in their nature to hold back what they feel and they can't lie about their emotions. However, their philosophical approach toward emotional situations prevent them from wallowing in things. Usually, this results in an optimistic person who believes everything happens for a reason. But, in certain cases, their perspective can be very existential and cynical. Either way, this inner philosophy drives their moods.

Their way of instinctively navigating life is through a spirit of adventure. The Sagittarius Moon female or male likes to be on the go, but not necessarily for the mere sake of it. They like having adventures that are going to fill them up and expand their minds. It's when they feel trapped that their flow gets blocked and a deep-seated restlessness and wanderlust will kick in. You cannot hem these people in. It's very unnatural to them. Honesty is another part of their flow, to the degree that they don't always realize how blunt or tactless they might be, at times, especially when expressing their feelings.

Those with those lunar position are most comfortable when they feel free and unfettered. So much so that taking on some of the dreary responsibilities of day to day life can be downright disheartening for them. There can be a Peter Pan quality here, as if they don't want to completely grow up. Moon in Sagittarius people are also very comfortable in any sort of atmosphere where higher knowledge and learning can be readily absorbed. They can display a particular passion for anything involving education, religion, other cultures, or metaphysics.

Men and women with a Sagittarius Moon don't like emotional heaviness and can skirt their way around situations that are too emotionally charged. They are much more comfortable laughing things off or simply forgetting about it than dwelling on their emotions. But, most of these people have such a relaxed, positive attitude toward life that it can't help but rub off on others. They like for those around them to feel the same way and seek to brighten someone's day whenever they're feeling miserable. They have a knack for showing people the silver lining in just about any cloud.

Children whose mother or father has a Sagittarius Moon will be encouraged to be forward-moving, straightforward individuals. In fact, nothing will rouse these parents' fiery temper quite like any form of lying or deceit. Rules will most likely be loose around the house and they'll want to give their kids plenty of personal freedom. But, this also means that they will have little patience with their children clinging to them. They'll likely push their kids out into the big, wide world, teaching them that it's meant to be explored and not to be afraid of or overprotected from. They might be a bit irresponsible or unpredictable as parents, but they'll provide lots of excitement and positivity around the home.


- Moon In Taurus
Taurus Moon males and females have a level-headed approach to handling their emotions. These people can experience strong feelings, yet they instinctively know how to get themselves back to a place of calm and centeredness. Emotionally charged situations...