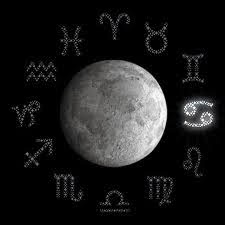 Emotions are a very dominant part of the Cancer Moon individual's life. They are deeply in-touch with whatever they're feeling, at any given time. These feelings are bound to regularly go up and down, as their moodiness is legendary. Whenever these moods take over, it's like an irrational force overwhelms them. Cancer Moon can seem particularly irrational to others, yet this is simply the way they are. Although they are very driven by their emotions, though, they usually go to great lengths to conceal them, only revealing their sensitivities to those closest to them.

Since they are highly intuitive, Cancer Moon females and males will flow through life based on that mysterious inner voice of theirs. They experience powerful gut feelings that are usually quite accurate, especially when it comes to the feelings and needs of other people. This gives them an ability to be able to know exactly how to advance and retreat in a situation, based on another person's response. Yet, when they're not receiving the emotional responses they need from others, they can be bewildered. Since they react far more than they act, much of their behavior is dependent on others' responses.

More than most, familiarity is what's needed for Moon in Cancer men and women to feel most comfortable. They need a well-established home. It doesn't have to be a fancy home, but it does have to be warm, cozy, and familiar. The people around them have to be, as well, which is why they usually place such extreme importance on family. Close friends will eventually be treated like their family, as well. Because they're such sensitive souls, they always want to be sure of the ground they're standing on with another person before they let their guards down.

Caregiving comes so instinctively to the majority of people with this position that they don't even have to think about it. They just do it. In fact, they can find themselves taking care of other people far more than they realize, as that finely tuned intuition makes it second nature for them to recognize and meet others' emotional needs. Cancer Moon will be the shoulder for others to cry on, with an innate ability to understand the feelings of other people. Yet, when it comes to their own needs, they might either ignore them or demand they be met in a way that drains others.

These dynamics can come into play when they become parents. They might not know how to put the kids aside for a moment to take care of themselves. On the other hand, there might be an unconscious pattern of requiring their kids to meet their needs in some way. But, at their most positive, few parents have the level of understanding and caring that Cancer Moon moms and dads do. Home can be a true safe haven for their kids, where they can feel an abundance of safety, nurturing, and emotional warmth. Good home cooking will always be on the stove or in the fridge and their children's emotional expressions will be supported. It's truly alright to cry around these parents.

- Moon In Pisces
Emotion can be a confusing thing for men and women with their Moon in Pisces. They have an enormous capacity for empathy and compassion, meaning that they truly feel what other people are feeling. While this is a great gift, it also means that...