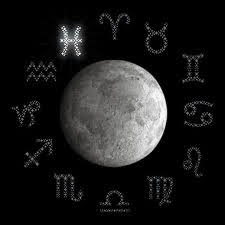 Emotion can be a confusing thing for men and women with their Moon in Pisces. They have an enormous capacity for empathy and compassion, meaning that they truly feel what other people are feeling. While this is a great gift, it also means that it's difficult for them to understand the boundaries between their emotions and others'. When feeling overwhelmed by this flood of feeling, they can seek to transcend it through emotional escapism. There is often a hazy quality to their emotional lives, preventing them from truly being able to see their emotional realities clearly.

Pisces Moon doesn't seem to operate on the same plane as most people, flowing through situations based on an idealized vision of the world and those around them. They have powerful imaginations, which is what makes most of them creatively gifted and talented in some way. Yet, it's when they are forced to confront harsh realities that their wires get tripped up. Those with this position usually loathe adjusting to the real world and may find themselves merely floating through life if they don't find some sort of anchor or stabilizing force.

A lot of time is needed to explore their very deep inner worlds and to be able to channel that into something creatively. This is why Moon in Pisces women and men often feel most comfortable in some form of solitude. Alone time also gives them the much-needed opportunity to shake off all the impressions and feelings that they constantly pick up from the world around them. Blessed with an extraordinary sixth sense, most of these folks are practically psychic. They are very comfortable tapping into their unconscious mind, accessing a level of intuition that most couldn't dream of tapping.

It's this same intuition that allows them to be so immediately responsive to other people's troubles and pains. Moon in Pisces are so quick to rescue and help other people that they don't often realize that they're doing it. They pick up on what's troubling you and often can't help but come to your aid. They are deeply sympathetic to those that they care about. But, this puts them at risk for being taken advantage of by other people, if they don't learn how to set limitations. It can instill great guilt within them to say no to others or to not be able to do anything to heal their pain.

As mothers and fathers, they will typically be deeply caring and empathetic toward their kids. This empathy might prevent them from being as tough as they need to be sometimes, letting their kids walk over them. The slightest sign that they've hurt their child can be devastating to them. However, they must also watch out for a martyring attitude, using an after-all-I've-done-for-you approach to instill guilt or manipulate. Otherwise, they can make great parents, creating a bond with their children that's downright telepathic in nature. Moon in Pisces parents will have an uncanny intuitive skill with their kids from infancy, always knowing exactly why they're hurting and just how to soothe them.


- Moon In Aries
When a person has their Moon in Aries, their feelings have a certain explosive quality. Emotions cannot be kept in for long, as they are bound to simply burst right out of them, much sooner than later. These people don't like suppressing any sort...