﻿ A Time of Fish Swimming in Two Directions--Pisces
Astrology

A Time of Fish Swimming in Two Directions--Pisces 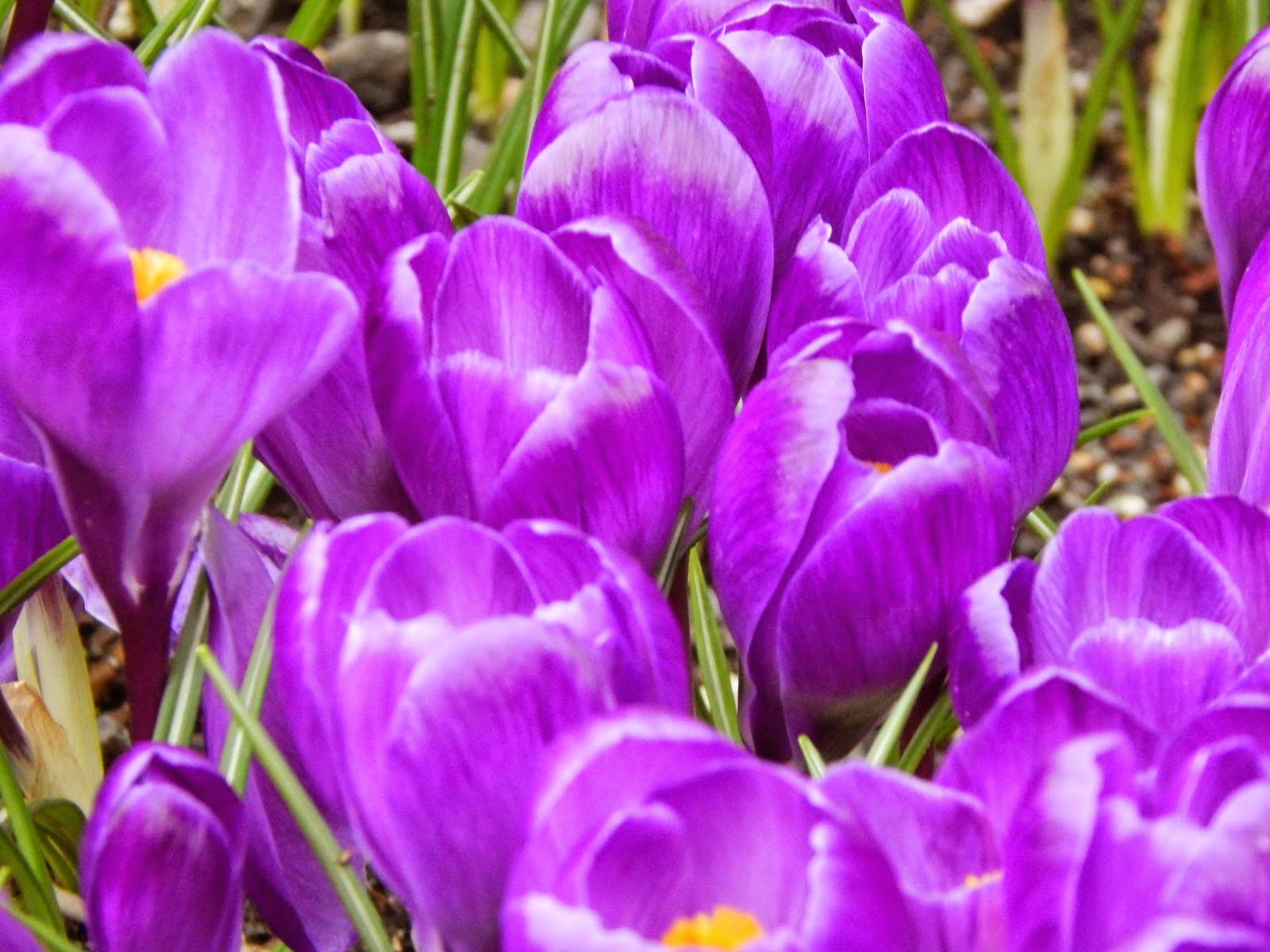 Inspiration strikes again.  For the remainder of the year, I will feature one sign in depth per month.  While Capricorn and Aquarius won't make the cut this year, I'll feature them in 2016.  I'm starting off this new feature with Pisces since the Sun just swam into this watery sign.  And as you know, I'm a huge fan of Neptune, at least in theory.

So I'm starting with crucial transits for Pisces in March and then we'll look at outer planet transits for the remainder of the year.  As with every March, the Sun remains in Pisces until the Vernal Equinox.

And this Vernal Equinox is special too, not only for Pisces, but also for Aries. We experience another one of those double New Moons which is also a Super Moon (has anyone come up with a Superman "S" for these special Moons yet?) because the New Moon falls at 29 degrees Pisces and moments later the Moon transits into Aries along with the Sun.  Not only that, but we experience a Solar Eclipse on March 5th that affects both Pisces and Aries (Sun, Moon and Ascendant).  This could be a confusing day for some Pisces natives because you won't know whether to just be or to act.  That's the problem with Pisces and Aries coming out back to back during a Solar Eclipse.

Mercury transits into Pisces on March 13 and our talk in general becomes more flowing and dreamy.  We speak of compassion, forgiveness and delve easily into spiritual topics while Mercury is in Pisces.  However, this isn't the best placement for Mercury so watch out for wishy washy thinking and communication.  Bring in practical Virgo for discernment and stay grounded during this time or you could get washed out to sea, metaphorically speaking.


Now, Pisces, when I first started seeing 2015 unfolding I thought of you because with so much outer planet activity aspecting Pisces Sun, Moon and Ascendants, opportunities in career, love relationships and spiritual growth come knocking at your door.  But will you muster the courage to move past your fears and open the door? Or are you going to hang onto past events or baggage while wearing victim and martyr labels as if they are badges of honor? Get past this "survivor" mentality.

Would you rather be known for your spiritual and unique gifts and talents or be known for "cancer survivor" or fill in the blank?  That story has gotten so old we call it ancient business now.  Think of it this way, no one has suffered more than anyone else.  This isn't a contest to acquire the most sympathy from others.  And in fact, fishing for sympathy is the psychic vampire in disguise of the sweet and helpless soul.  And if you really knew your true power and wisdom, you wouldn't even want to play this game.

Have you ever watched that Monty Python skit where each of the comedians tries to outdo each other about how rotten their childhoods were? It's a hilarious skit, but did you get the joke? Let's get past the gloom and misery and learn to enjoy our lives on this planet.  Besides, the sooner you let the past go, the sooner you can manifest the lives you really want.


So let's look at those outer planet transits for the year.  First, Jupiter moves into Virgo on August 11 and remains in the Sign of Purity and Perfection until August 2016.  As we know, opposites act as mirrors for each other and Jupiter expands what it touches.   So I see you using Virgo's critical eyes to explore your religious beliefs and ideologies.  Do they hold up to water? And why do you believe what you do? Where do you place or misplace your faith and trust?  Virgo brings discernment to the picture and this also helps you climb out of denial, heal addictions and be honest with yourself.  What are you avoiding? Time to clear up unfinished business and claim your true spiritual power.

And this brings up Chiron in Pisces which transits between 17 and 21 degrees this year. Some of you born in the 1960's will experience your Chiron Return (this includes me).  Since Pisces rules the feet, emotional and spiritual wounds could show up as foot problems.  Definitely deal with the physical manifestations but also deal with the emotional wounds underneath.  Did you feel invisible as a child? Did you suffer from having your faith crushed at a young age? Do you have a painful relationship with your personal God? Did overly religious parents pull a number on you like dragging you into a cult they joined in the 1960's? Did you deal with alcoholic or drug addicted parents as a child? Was their mental illness in the family that no one acknowledged?

Chiron in Pisces tells us to bring compassion and forgiveness to the wounds.  And a Chiron Return actually allows us to revisit these wounds from a new and informed angle.  For instance, maybe your parents bring up an old incident and explain the true circumstances that you would not have understood as a 5 year old.  Or maybe you meet someone who went through a similar situation but has an enlightened perspective that rubs off on you.


Now, Neptune is also in Pisces (and stays there for another decade).  This year Neptune transits between 5 and 9 degrees.  Neptune also closes in on a sextile with Pluto in Capricorn and is in a square with Saturn in Sagittarius for most of the year.  Again, I'm seeing blindfolds removed where it comes to spiritual and religious beliefs.  You're going to question old structure and dogma and probably laugh at ancient rituals still practiced in a high-tech world. Why do we still believe in pantheons of gods for instance when channels such as Lee Carroll (Kryon) are telling us that God is within us and that our Higher Selves (who we are really praying too) resides on the other side of the veil?  Well, this year this type of information rushes into our consciousness.  We're evolving after all.

Think of it this way.  Neptune comes to dissolve anything standing in the way from us reconnecting with our Spirit.  Pisces has always wanted to merge but merged with false gods or false ideals to make themselves feel more holy.  And some Pisces play that holier than thou game thinking they are more transcendent than the person who isn't meditating 5 hours a day, but perhaps, this is another mirage.  I'm not telling you not to meditate because it's a worthy practice that keeps you calm and centered.  However, get past that self-righteous act thinking that your sacrifices and suffering get you some special place in heaven. You are right however, when you believe in Unity Consciousness then practice real compassion, forgiveness and love without strings attached.

Please understand that no Zodiac Sign is more enlightened than any other Sign.  We're all in this together and when you grow, we all grow.  That's the most beautiful gift you give to the world, not volunteering for this or that organization because it's the right thing to do, but following your bliss and healing your wounds.  Perhaps you don't want to hear these words.  Of course, if it is your heart's desire to serve the world as a volunteer then by all means, follow this path, but if you feel even an ounce of resentment because you're neglecting your life path, then back off from volunteering and understand that we can serve the world and be paid too.

Many of you will step up to the plate this year with your metaphysical, fine or performing arts. Your art is a gift to the world that many people find healing.  And a multitude of opportunities can show up for you in 2015 to get your art into the world.  Forget the old model of busting your butt with promotional efforts and just follow your bliss.  Listen to your uncanny intuition, even if it sounds outlandish at times and you'll be amazed where it takes you.  Manager, agents, publishers, choreographers, and you name it, all show up for you now. And all you have to do is live in the flow.  Follow your passions this year and push everything that blocks you out of the way.  Be ruthless with yourself, especially this summer when Saturn transits back into Scorpio for three months. Dig deep into your subconscious and see where you block yourself.  Get therapy, get coaching or whatever it takes to remove those blocks.

Pisces (I have a Pisces Moon, Saturn and Chiron), I wish you only good things and sincere growth this year. You have support from Jupiter, Saturn, Chiron and Neptune, not to mention the Solar Eclipse in March.  Dream big and never ever give up your faith.  We need you, Pisces and we love you.

I give personalized readings and this March, I'm offering a 10 percent discount to Pisces for a Solar Return reading.  Sign up at Metaphysics for Everyday Living.


- New Moon/solar Eclipse In Pisces Forecast (march 20, 2015)
There are four things you must know about the New Moon at Pisces 29 degrees on March 20.  First, the Moon ends a cycle at 29 degrees.  Second, the Moon quickly transits into Aries along with the Sun ushering in the Vernal Equinox.  Third...

- Two More Exact Uranus-pluto Squares (last Week Of February & March 11-28)
green lines represent the Yod March 5, 2015 I'm not sure why astrologers aren't calling the Uranus-Pluto Square with both planets at 14 degrees (February 20-28) an exact square. We're certainly feeling it as an exact square. Then in March,...

- March 2015 Full Moon Forecast--roaring Like A Lion
Wikipedia I worked on the video for March's Full Moon yesterday for three hours and decided to include the script here along with the video.  I'm not sure if Virgo had anything to do with me talking in a rapid fashion. Perhaps Mercury...

- February New Moon In Aquarius Setting Off Unexpected Fireworks
Wikipedia It's confusing enough that the New Moon for February lands at 29 degrees and 59 minutes Aquarius since it's one minute from a Pisces Moon.  Add 5 planets in Fire Signs and outer planets in tight squares and fireworks of one...

- Get Neptunized (neptune-pisces Transits For February And March 2015)
Photo by Patricia Herlevi  Since Neptune is a power player in my Natal Chart and a power player for 2015 in general, I'm including Neptune and Pisces transits to keep your eyes on. Pisces and Virgo are most affected by these transits...